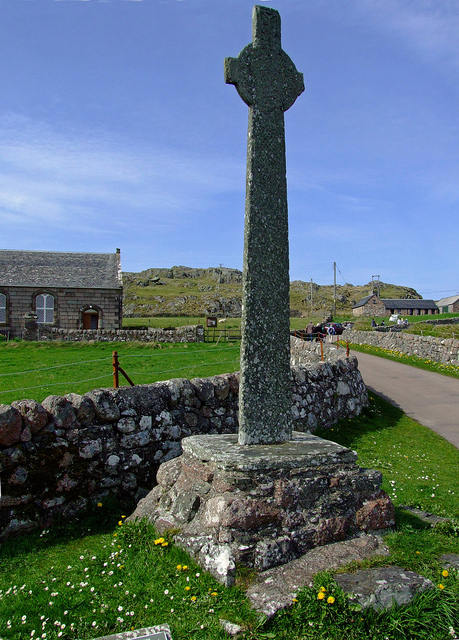 St. Patrick’s Day has just been celebrated in the western world in many different ways including parades, sporting greens, shamrocks, and Irish beer. There is nothing wrong with celebrating Patrick’s Day with such things. However, one must go beyond the popular traditions to ask: Why is Patrick significant as a Christian missionary?

Patrick was not Irish, rather he was born and raised in fifth-century Scotland where he grew up in a Roman Catholic household. Even though his grandfather was a Catholic priest, Patrick ignored his religion in his teen years. He was captured in a raid and taken to Ireland as a slave. While in captivity, he was appalled at the pagan religious practices of his captors and determined to cling to the religious teachings and practices he grew up ignoring as a teenager. Even though he did not know the true God whom he grew up learning about, he decided to engage in prayer to this God. Following a dream he once had, Patrick escaped from his captors and returned home to Scotland. However, his faith and an indubitable calling compelled Patrick, in his 40s, to go back to Ireland as a missionary. His faithfulness to the Lord coupled with his firsthand knowledge of the culture and customs of the Irish people made him quite successful in his missionary work. Celts of Ireland had a reputation for their brutal military and “barbarian” ways; therefore, it was a vital historical accomplishment that they could be evangelized without violence unlike other people in Europe. Therefore, the following are some of the lessons we can learn from Patrick:

1. To remember our God, the Creator, even in the midst of trying circumstances (Ecclesiastes 12:1).

2. To be faithful to the teachings of faith we have received in our childhood even though we may not fully understand them at the time (2 Timothy 1: 1-6).

3. To remain faithful to the calling we have received from the Lord even in the midst of challenging circumstances (Isaiah 8:11-22).

4. To be faithful in sharing our faith boldly and wisely even though the culture around us may be completely strange and hostile (Acts 4: 27-31).

5. Having a heart for the lost, answering the call to missions, and going where God sends us is just the beginning of participating in God’s mission. Knowing the culture and customs of the people we serve and identifying with them is a major step in evangelism. Even though Patrick was enslaved in Ireland, when he came back as a missionary he loved them and adopted their customs so much so that he almost became an Irish and was proud to be identified such.

6. For example, fully knowing the clan system of the Irish and how it practically worked in Ireland, Patrick adopted the strategy of first leading the chiefs of the clans to the Lord who would, in turn, bring their clan members to faith. Patrick understood the significant role the societal and familial ties play in accepting or rejecting a new faith in any culture. This principle holds true even to this day in almost all cultures and our evangelism must reckon with this fact.

7. The churches that Patrick planted in Ireland were rooted not only in a fervent faith and devotion to the Lord, but they were also relevant to their culture and ultimatly became self-evangelizing. That is why their faith could survive for so long. May we learn to establish the faith deep in our people and equip them to share it with others (Colossians 1: 1-8). Amen.