The youngest theologian I ever heard!

The youngest theologian that I ever heard!

No words of explanation are needed. Just listen to this young theologian speak her heart out and let’s ponder on what she believes and the way she articulates her faith. May God bless her abundantly. May you and I have a faith like hers. Amen.

Lenten Devotions 2015: Revisiting the past, hoping for the future. 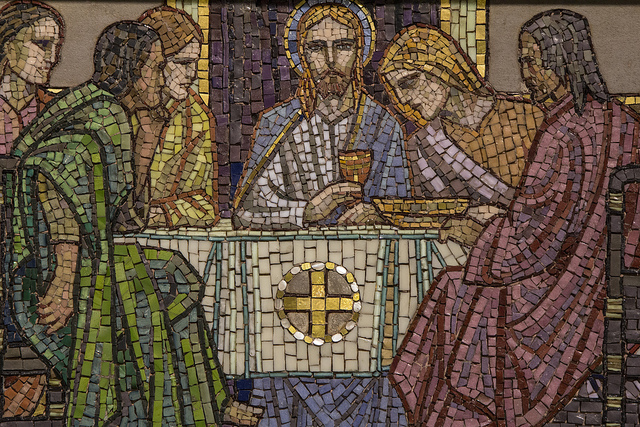 The Jewish religious authorities, Sadducees, and Pharisees of Jesus’ time often accused him of breaking away from the orthodox Jewish teachings and practices. He was hated for creating trouble or confusing people, because of his unorthodox approach to the Mosaic Law, to the extent that fearing the consequences of his actions, Jews had him crucified. Nevertheless, the night before his crucifixion, Jesus Christ celebrated the Passover in Jerusalem with his disciples in a very traditional manner. No, he did not even leave it for the last moment, but had it planned in advance with the help of his friends and disciples (Matthew 26: 17-19).

Jesus observed the Passover because he fully believed in the past and also in the hope it provided for the future. However, unlike many Jewish authorities, he refused to be stuck in the past and its traditions. Jesus knew that the Passover was significant not only for its historicity but also for what it promised for the future of the people of God. The Passover not only reminded people who they were and where they had come from but also filled them with the hope of a coming Messiah who would establish God’s kingdom on earth as it is in heaven. Therefore, in that “Upper Room” in Jerusalem, Jesus kept the Passover for remembering the slavery and the sufferings of the Israelites and the salvific story of the Exodus. Jesus remembered with his disciples the wanderings, failures, and the victories of his people in the past and the amazing story of holding onto the hope of their own home in the peaceful Promised Land. On the other hand, as was Jesus’ custom, he made a significant departure from the traditional Passover meal. Jesus took the ritual bread, dedicated it and declared it as his own body. Jesus also took the traditional cup of wine, which promised the return of the Prophet Elijah, and declared it as his own blood that signifies forgiveness and the ultimate promise of his own return along with the hope of His Kingdom.

“While they were eating, Jesus took a loaf of bread, and after blessing it he broke it, gave it to the disciples, and said, “Take, eat; this is my body.” Then he took a cup, and after giving thanks he gave it to them, saying, “Drink from it, all of you; for this is my blood of the[d] covenant, which is poured out for many for the forgiveness of sins. I tell you, I will never again drink of this fruit of the vine until that day when I drink it new with you in my Father’s kingdom. When they had sung the hymn, they went out to the Mount of Olives” (Matthew 26: 26-29 NRSV).

Notice that after the Passover meal, Jesus left the house with his disciples in a symbolic action as most Jews would leave Jerusalem where they had come to observe the Passover. Similarly, you and I, who are abundantly fed by the Lord’s life, must leave the place of our fellowships, our conveniences, our comforts, and go out to do what Jesus has taught us in his last Passover observance. Let us go out to love and serve our fellow believers even to the extent of kneeling before them and washing their dirty/smelly feet. Let us go out of our rituals and traditions that bind us and restrict us to the past; instead, let us look and work for the future, freedom, and hope that Christ brings by establishing His Kingdom. Amen.